On Saturday, we drove over to Noe Valley to visit with our friend Pete.  2 weeks ago, after a visit to the ER for an MRI, a 6cm tumor was discovered in his brain.  10 days later he had a successful procedure to remove it.  We hadn’t seen him since the night of the ER visit.  I thought he looked pretty good considering he just went through surgery on his BRAIN!  He’s a little puffy from fluid draining which he said was normal but overall he seemed pretty good! 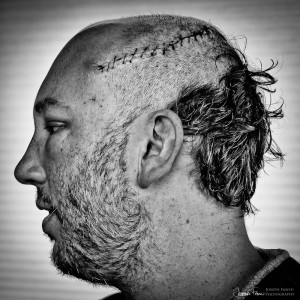 The stitches go all the way around to the other side of his head.  I wanted to capture the seriousness of the stitches in light of what he had just gone through, but he made it difficult by smiling almost the entire visit!

The Streets of San Francisco

We took a walk around the neighborhood with my family, Pete, Kevin and Reed. 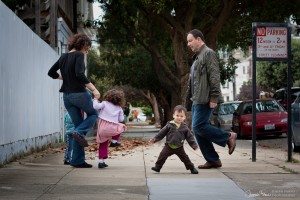 I turned around and caught Pete trying to balance on one leg.  Kevin and Sara quickly put an end to that! 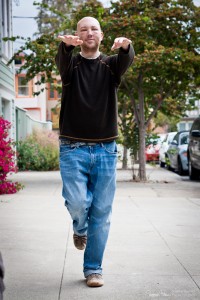 Of course, I took some quick shots of the kids walking around.  Here are 2 of Reed. 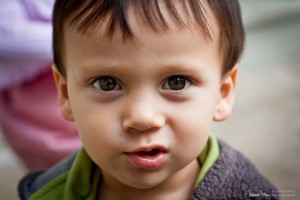 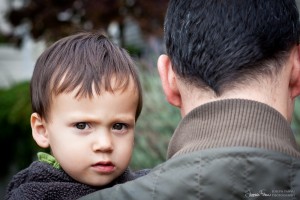 We stopped for a little bit along the path.  I asked Pete what he was doing by this bush and he replied, “I’ve never just stopped and watched a bee before.” 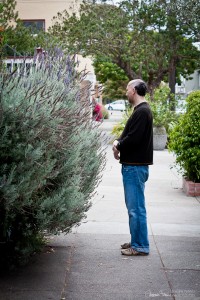 Here is our feeble attempt to corral 3 kids into a “successful surgery” photo. 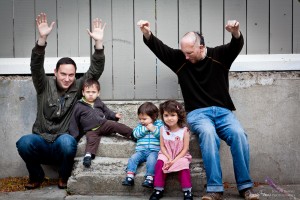 It was a great visit. We’re so relieved to see him do so well after major surgery. It was truly amazing to see the amount of love and support that he received from family and friends.