Special thanks to Jon Finck, Director of Communications and Public Affairs at SF Opera, for helping us gain access inside. 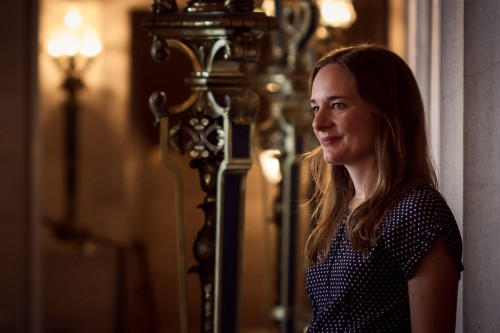 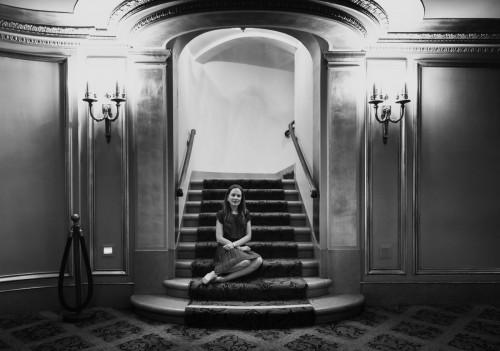 Neighborhood she grew up in: “Cow Hollow, then Marin (Ross), then back to Cow Hollow.”

Neighborhood she lives in now: “Duboce Triangle (but I’ve also lived in Noe Valley, the Mission, and the Castro).” 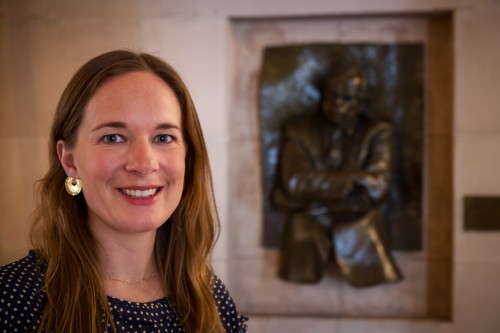 Sabrina in front of her father’s bust. 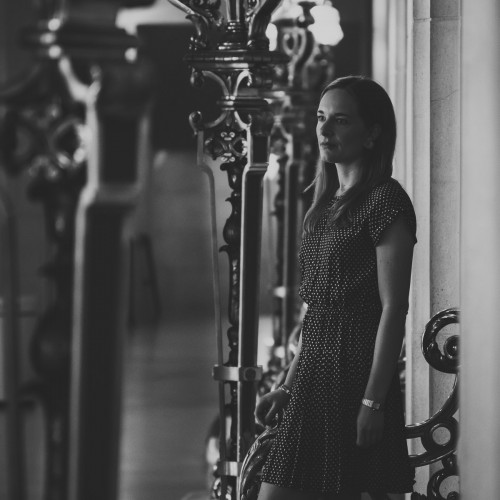 I chose the opera house because it was such an important part of my childhood. I spent a lot of time there growing up. Even though my dad retired as General Director of SF Opera when I was a toddler, he continued to conduct and work on other projects there, so we would attend a lot of rehearsals and performances. I used to pretend that the lobby was my own personal palace when I was really young. When I got a bit older and joined the San Francisco Girls Chorus, I was fortunate enough to perform on stage in several operas (Wozzeck, Boris Godunov, La Boheme, and Macbeth). I always loved being backstage and spending time at rehearsals and in our dressing rooms. During high school, I worked for the Merola Program one summer, which brought me to the Opera House for various projects. Then, when I was in college, I spent a summer interning in the Artistic Administration department. Most of the time I was in the offices upstairs, but I also got the chance to sit through some tech rehearsals and watch other things happen behind the scenes. Now I’m usually at the Opera house during performances, as an audience member, or for dress rehearsals. But I still have so many fond memories of all my time spent there, in so many different capacities, that it seemed like a fitting place to take photos. It’s particularly meaningful to me given the connection with my dad and the role he played in civic life in San Francisco, mostly before I was born! 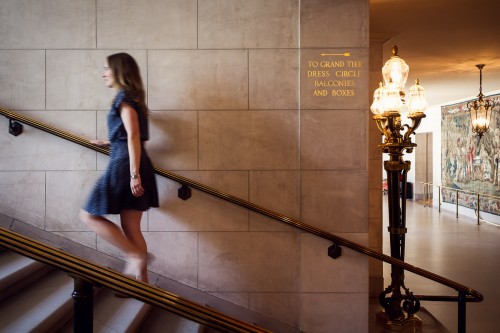 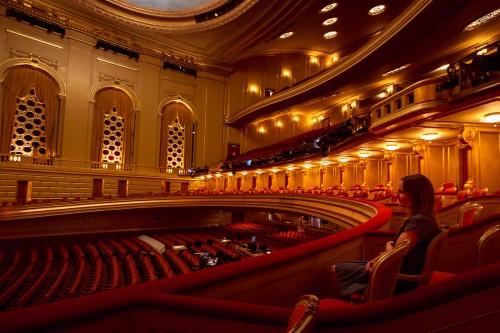 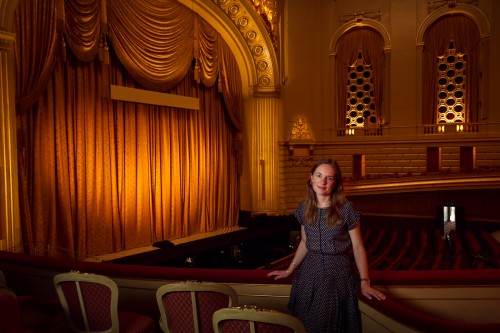