Josh chose to take his portrait with the On Broadway sign located at Broadway and Montgomery Sts. According to its website, the building was constructed in 1919 as “Garibaldi Hall” an Italian Men’s Club. Since that time, it has been used as an events venue and among others has been the home of Mabuhay Gardens, On Broadway Theater, and Broadway Studios. To see an early photo of this building and read about the impressive list of acts to play here, go to the website at http://broadwayvenue.com/?page_id=39

With the help of the ownership, we were able to get the lights turned on for his portrait. (some of the lights at least) Since we weren’t able to get inside, we took some more shots in the alley adjacent to the club.

I moved around the city quite a bit when I was a kid. We began out in the Excelsior, hit Glen Park for a few years, migrated to Noe Valley, out to the Sunset then back to a couple of spots in Noe Valley again. My father, Bill Workman, wrote for the SF Chronicle. My mother, Sanna Craig, wrote for Mother Jones and other publications.

Since I moved around a bit while growing up, I jumped from school to school, as well. My grammar schools were Longfellow, Glen Park, and Lakeshore. I attended Aptos Middle School, went to Lowell High for two years then graduated from McAteer/School of the Arts (SOTA). 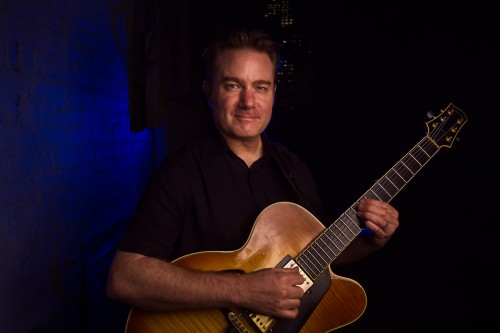 My stepfather’s family home since the 1950s, located on Pacheco near 30th Avenue in the Sunset district, has been “command-central” for quite a few years now. I work in music production as a composer, arranger, and sound editor on the Peninsula several days a week, teach in Marin, and perform on guitar in San Francisco and other cities around the Bay Area. I love being able to walk down to Ocean Beach and feel the mist on my face or simply stand out in front of the house and watch the Sun disappear behind the mighty Pacific. Equally enjoyable is being able to walk or run around the reservoir, just up the hill from the house and catty-corner from Lincoln High School, which is where my stepfather graduated from. 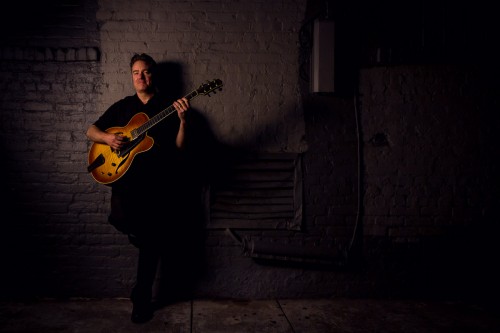 I picked the On Broadway sign located at 435 Broadway street which is now the home of Broadway Studios. It is so iconic and it bookends Broadway st. with The Condor sign on the other end. My first band spent countless nights on Broadway, playing in little dives, such as The Chi-Chi Club and Mabuhay Gardens, also known as The Fab Mab. We sometimes had to hide in the back room of the Chi-Chi when the cops would come around, since we were way underage. The owner, Miss Keiko, used to come down and hear us play and I remember a faded picture of Eddie Money that they had proudly displayed on their front window. I guess he had played there in the early days. I also remember showing up to play a matinee show at the On Broadway once when I was about fifteen but it had caught fire the night before and so it was boarded up.

After living for seven years in Boston and New York, I moved back to San Francisco and spent many more nights playing on Broadway during the Swing Revival of the 1990s with Indigo Swing. I ended up marrying Nicole Vigil, the second singer in that band! I also used to play at the Hi Ball Lounge, which had been home to the legendary Jazz Workshop from the late ’50s to late ’60s. I still play at various spots in North Beach but the music scene just isn’t the same as it once was on the actual Broadway strip. Funny enough, back in the 1960s, my stepdad Larry Vuckovich spent six nights a week playing at the Hungry I, which is still located on Broadway. 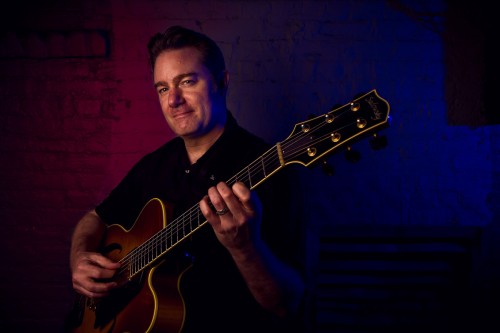